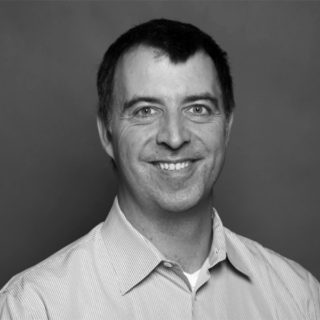 Nicolas Darveau-Garneau (“Nick”) is Google’s Chief Evangelist.  He leads Google’s team of 6 full-time and 55 part-time Evangelists from all over the world.  He works with Google’s most sophisticated advertisers to help them improve the profitability of their Google marketing investment.  Previously, Nick ran Google’s search specialist team in the Americas and Canada’s performance sales teams.  Nick also launched and managed Google’s Montréal office.

Nick is a guest lecturer at Kellogg’s Northwestern School of business and is on the board of directors of two public companies, the Toronto Stock Exchange and Industrial Alliance Group.

Nick has been an Internet entrepreneur since 1995.  He was part of the founding team of MSN.com; was the co-founder of four Internet companies (imix.com, Liquor.com, BigDeal.com, and Fanhood) and has advised many companies like Famo.us, SommSelect, Poka and Idilia.

Before falling in love with the Internet, Nick was a management consultant at McKinsey & Co. and a senior equity analyst at Sanford C. Bernstein, a top ranked Wall Street firm.Nick graduated with a Bachelors in Mathematics from the University of Waterloo and an MBA from Harvard Business School.

Nicolas is Google Chief Evangelist and works with the top Google advertisers in the world. He will share a strategy to help you significantly increase the profitability of your Google investment